DISPLAYCE, first DSP dedicated to DOOH (Digital-Out-Of-Home), reveals the first part of its series of infographics in French on “The DOOH in France”. Based on a survey conducted among a panel of 200 active users of the platform*, as well as statistics disseminated by the IAB, Mad conseil or IPG Media Lab, this infographic aims to deliver some key figures on this media which growing.

DOOH, what is it?
The DOOH (Digital Out Of Home) is the advertising broadcast on digital posters outside the home. Integrated into the urban landscape, such as the street, gas stations, highways, shopping centers, hotels, fitness rooms, 40,000 digital posters accompany consumers in their daily journeys throughout the day.

The highest growth in 2017
According to an IREP study, the DOOH is the highest growth media in 2017. With 85 million of euro in advertising revenue for the period January/September 2017, the DOOH shows +15.5% growth, placing it at the head of historical media such as TV, radio, press, cinema…

An impacting media
For 85% of consumers surveyed, digital posters help to improve the brand image. Appreciated by consumers, it is also popular with advertisers attracted by its many strengths: the innovative video content that it can broadcast, the high rate of memorization observed, commitment to targets in full mobility.

Did you know?
DISPLAYCE has a large network of 35,000 digital posters, more than 85% of the French digital inventory!

*Statistical data from a survey conducted by DISPLAYCE from October 16 to November 15, 2017 among 200 active users of the platform. Survey conducted via an interactive form sent by email on “The DOOH market in France”. 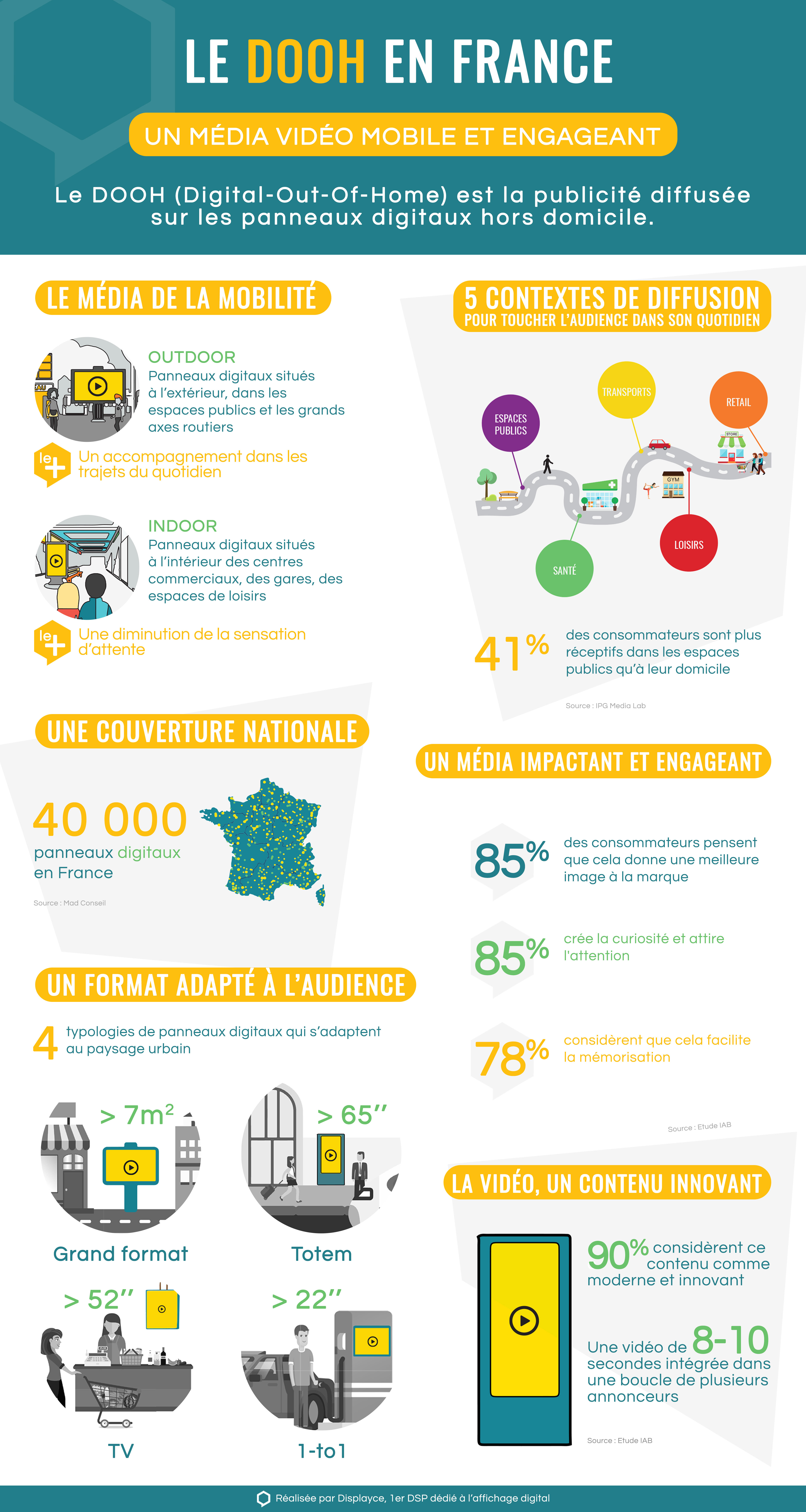 DISPLAYCE now offers an innovative functionality: templates, a wide range of pre-defined targeting that allow to set up a campaign within a few clicks.

Templates are available directly after creating a new campaign in the “BY CAMPAIGN” tab or by adding a new line item to an already existing one. When the template is loaded, the selected targeting will automatically appear in your line item. You will be able to modify it to adapt perfectly to your advertiser’s specific demands.

This template allows you to target mountain lovers during their holidays in ski resorts.
1. Geo-localization: all French ski regions (the Alps, Pyrenees, Auvergne etc..)
2. Point of Interest: 30 km Radius around Ski stations

Irep, Kantar media and France Pub announce the latest result of the media advertising market, the study was undertaken over a 9-month time span from January to September 2017.

Only 3 media are standing out having a substantial growth: Cinema +11,7%, Leaflets without addresses +2,8% and… Digital display with + 15,5%! This trend observed since several quarters allows this media to reach 85 million euros in advertising in the period January – September 2017. To this growth, we must add the increase in the number of advertisers (+2% between January – September 2016 and the same given period in 2017).

This positive dynamic augur a great acceleration for digital display in 2018. 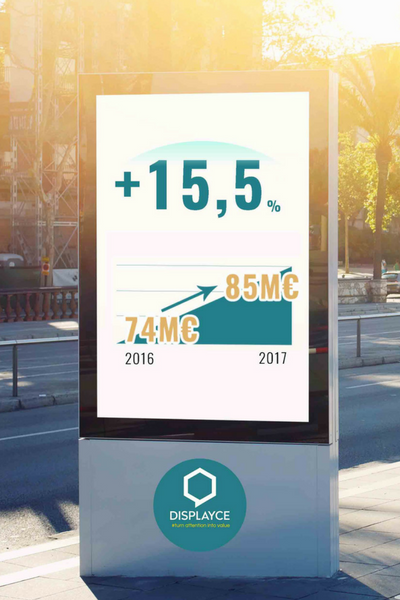